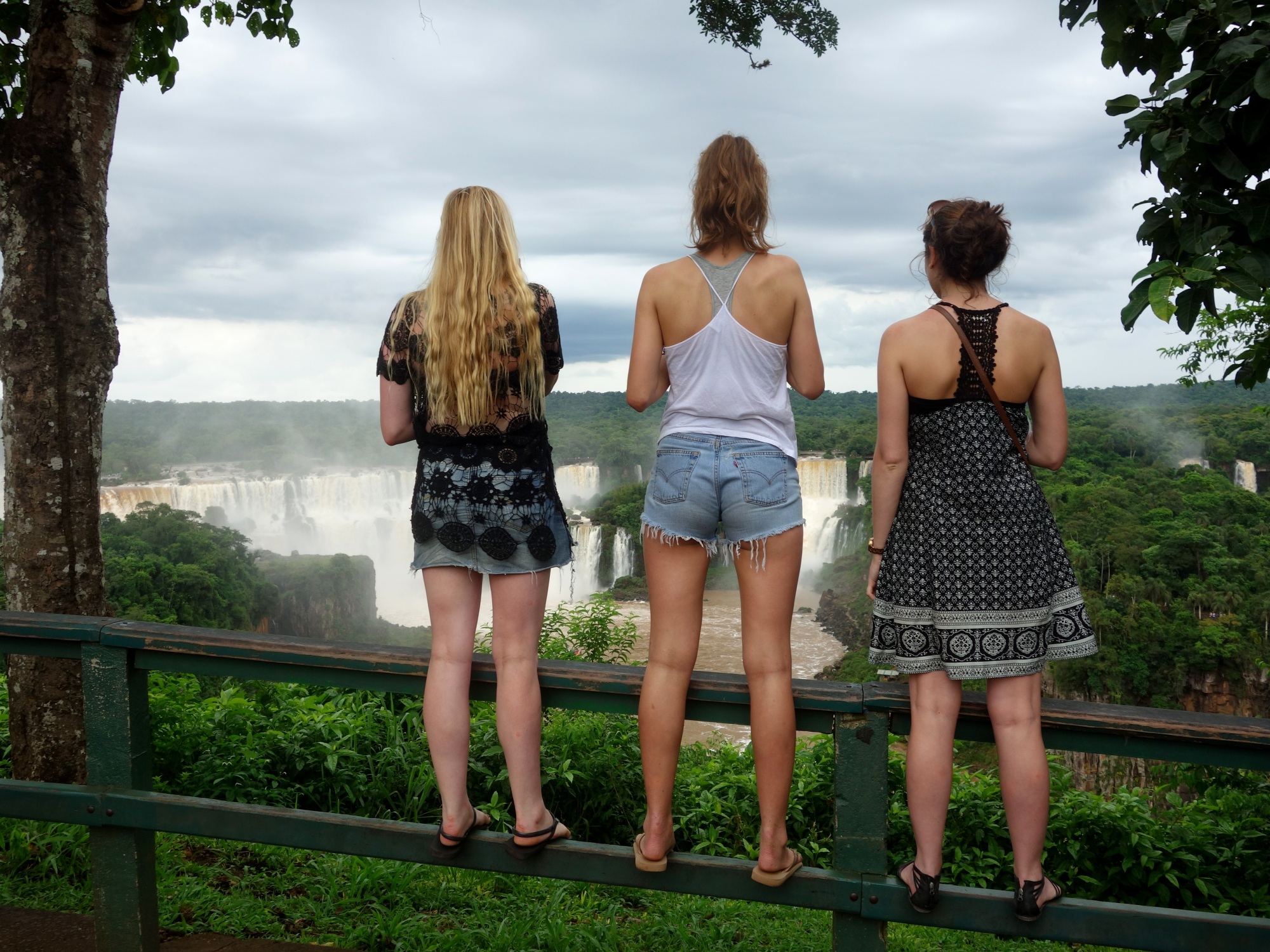 Next stop was a pre-arranged tour of two nights in The Pantenal and 2 nights in Bonito. The Pantenal is the worlds largest fresh-water wetlands and is home to a vast array of exotic wildlife including over 650 species of birds and 80 mammal species such as cayman and jaguars. I’m not entirely sure what we expected, but ignorantly I don’t think we had planned on being quite so wet. Brazil appears to be experiencing a high volume of rain this summer – so don’t be too jealous England.

It took us nearly 24 hours of traveling to get to the Santa Clara Pousada, via one coach, one minibus and on the back of one truck down a very long dirt track. The back of the truck carried supplies for the remote ranch, about 10 passengers and 30 million mosquitos. Not good news for Andrea, who has been the mosquito’s breakfast, lunch and dinner since we arrived. I don’t think I’ve ever seen so many mosquitoes in my life, it was absolutely horrible.

After familiarising ourselves with the Pousada, we located some hammocks and put up our feet. I’m not sure what it is about hammocks but I genuinely think you’d feel peaceful even if you were rocking over a massive pile of turd. Unfortunately our serene moment was quickly ruined by a strong cockney accent getting over excited that he could finally hear people speaking English. The ignorant Englishman (who I really didn’t warm to if you can’t tell), spent the rest of the evening playing chicken with cayman, getting pissed out of his mind, being exceptionally loud and doing disrespectful things like flicking fag butts on the ground of this beautiful natural Eden. The character ‘Jay’ from The Inbetweeners was definitely based on this douche.

All meals were included in our tour and we most certainly got our money’s worth. With a huge selection of amazing salads, mains and puddings at both lunch and dinner, we were finally enjoying some home cooked Brazilian food. A particular favourite was a sort of creamy banana fruit salad with dolce de leche, which combined tasted just like banoffee pie. I also tried fried piranha fish which had been caught in the local river earlier that day! Amy offered around a super hot chilli she had bought in São Paulo, despite not being a fan of spicy food. She was in a really bad place for about an hour and her immediate face says it all: 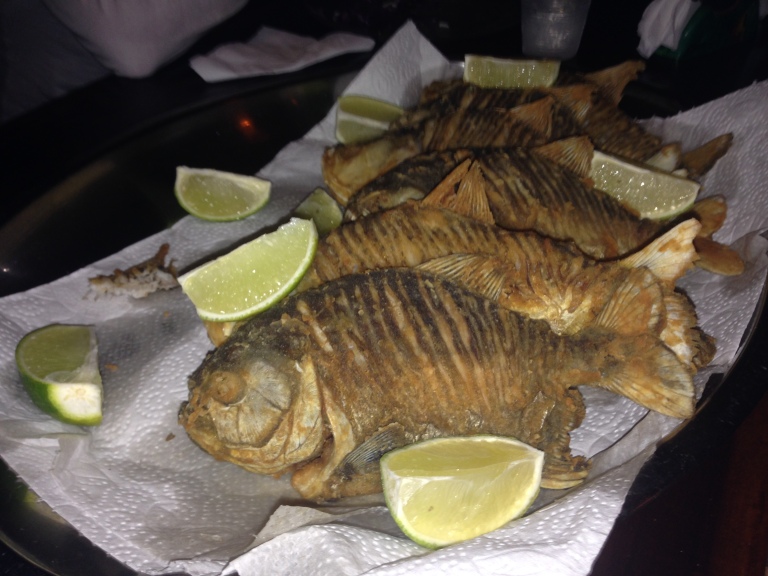 Our first full day started early with a 2 hour horse ride through some of the wetlands. I have only been horse riding a couple of times due to a pretty severe childhood allergy and the fact it always made my eczema so inflamed. But I appear to have shaken it as my face didn’t go red and puffy, and I could breathe the whole time! In fact I really enjoyed it and quite quickly found myself daydreaming about being a cowboy in America; It has been added to my currently very short list of potential career paths. Andrea found the whole experience so relaxing that she very nearly fell asleep whilst on the horse. It rained (obviously), so we all got very wet for the first time that day. The horses trundled along pretty slowly and what with the rain eventually fully soaking us, the trip dragged on a bit.

After a change, another generous meal and a quick nap we got into a trailer on the back of a tractor and headed towards the river for a boat tour. We saw some amazing birds, an armadillo, lots of cayman and lots of capybara which are the worlds largest rodent and basically look like big Guinea pigs. Half way through the trip it absolutely chucked it down (obviously) and became pretty miserable. We all donned our rain macs, myself putting on a bright pink pac-a-mac I had when in primary school. My theory when packing was that other than being short on the arms it still mostly fitted and was lighter weight, and I didn’t care for its condition on return. It even had my name and address sewn into the label, so I needn’t get my knickers in a twist should it go missing. In reality, other than keeping some of my back dry and making me look like an oversized child who loves Barbie, it did very little. On the up side the rain gave us a rainbow once it had cleared up! The unbelievably bumpy and wet ride home was shared by more bloody mosquitos. We were provided with some entertainment when one found its way into Andrea’s poncho; as I’m sure you can imagine it was absolutely hysterical. 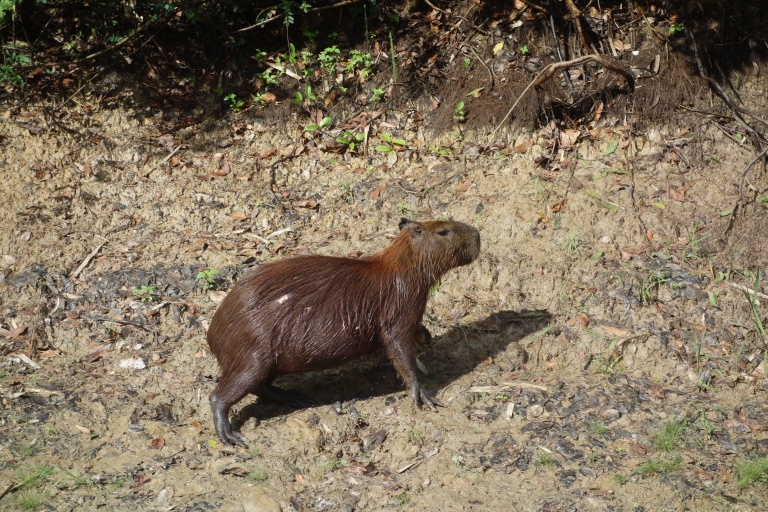 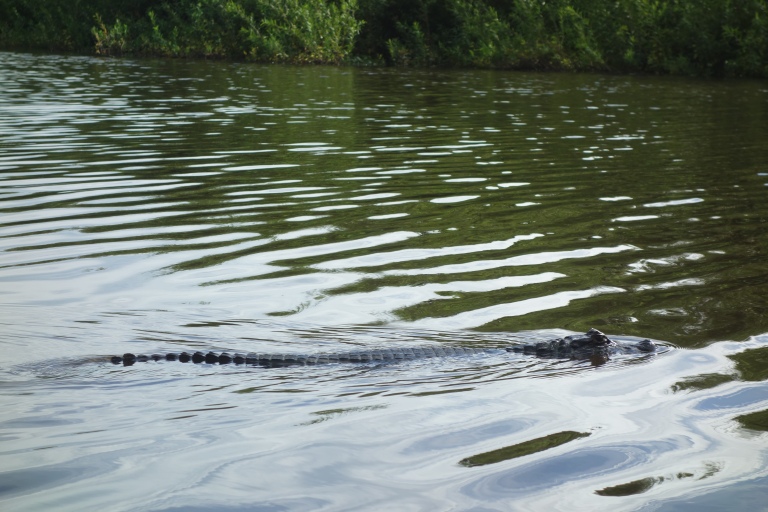 The next morning we woke early again for a ‘jeep safari’ that turned out to be another hour long bumpy ride in the back of a rusty old truck coupled with a long and uneventful trek where we were violated by mosquitoes and every other insect you can think of.
From the Pantenal we took a 5 hour minibus ride to Bonito, which was uncomfortable to say the least. Unfortunately due to the rain (obviously) our tour to the largest waterfall where you need a crane to access was cancelled, and instead we headed to a much more modest tour of about 8 waterfalls. The rain (obviously) caused the water to look like it had come straight from the sewer, so it wasn’t as glamorous as we had hoped. When at the camp base, a tapir called ‘Gigi’ (a huge animal that looks like a cross between an anteater, donkey and hippo), suddenly charged at me and bit me on the thigh. The member of staff who took us to see the animal quickly ran off to get help, leaving the three of us and the tapir either side of a pool table, ready to be chased like around it like something out of Tom and Jerry. Lucky for me I got away quickly from the little f**ker so I was only left with some little red teeth marks. 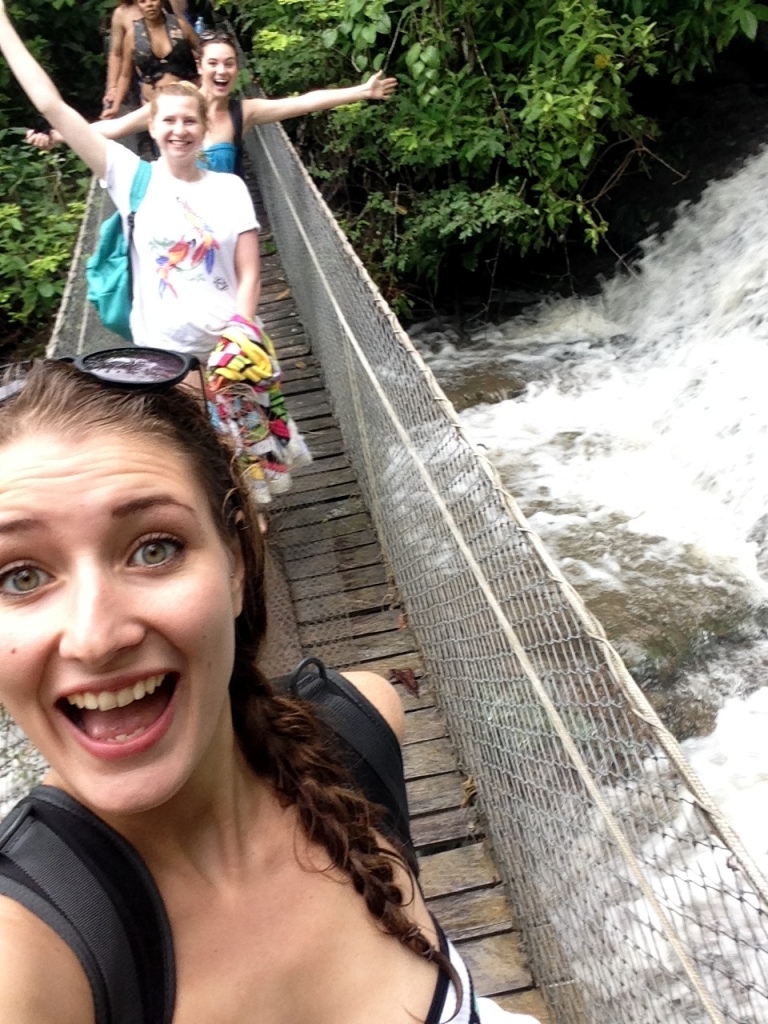 In the evening, we were gladly joined by Hilda, Flo and Daphne (the 3 Dutch girls we met in the Pantenal) and later Sam, Sid and Bertie (the 3 Essex boys we had met in Paraty) which was a nice surprise. We all spent the night drinking beer and catching up.
We got up super early on Wednesday to check out and head to Rio Securi to snorkel. Although the water was crystal clear, we didn’t see very many fish and after an hour or so floating down a river we became a bit cold! Still, Andrea did a lot of weeing and we did a lot of laughing so we had a good time overall. Although it was cool to experience something totally different and see some amazing animals, I don’t think I’d go back in a hurry. The trips all lasted a bit longer than our levels of enjoyment, and was perhaps oversold.

Another overnight bus took us to our last stop in Brazil: Iguazu falls, on the Argentinian – Brazilian border. We got very wet, but at least this time we were anticipating it! I was pretty shocked to see that obese people are first on the list for priority seats on the buses… 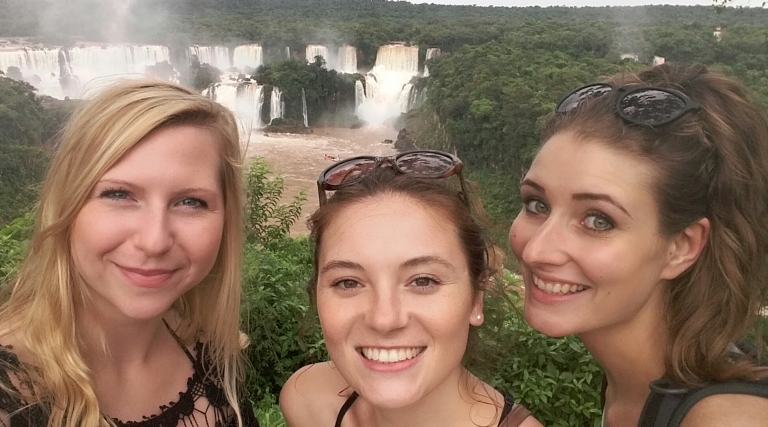 After an unexpectedly upsetting evening, the next day was everything I needed. The Dutch girls who were one day behind us arrived again, and we met a very sweet English girl called Emily. Rather than heading to the Argentinian side of the falls as planned, we had a proper girls day of sunbathing, drinking lots of cocktails and lots and lots of laughing. The perfect cure for a broken heart.