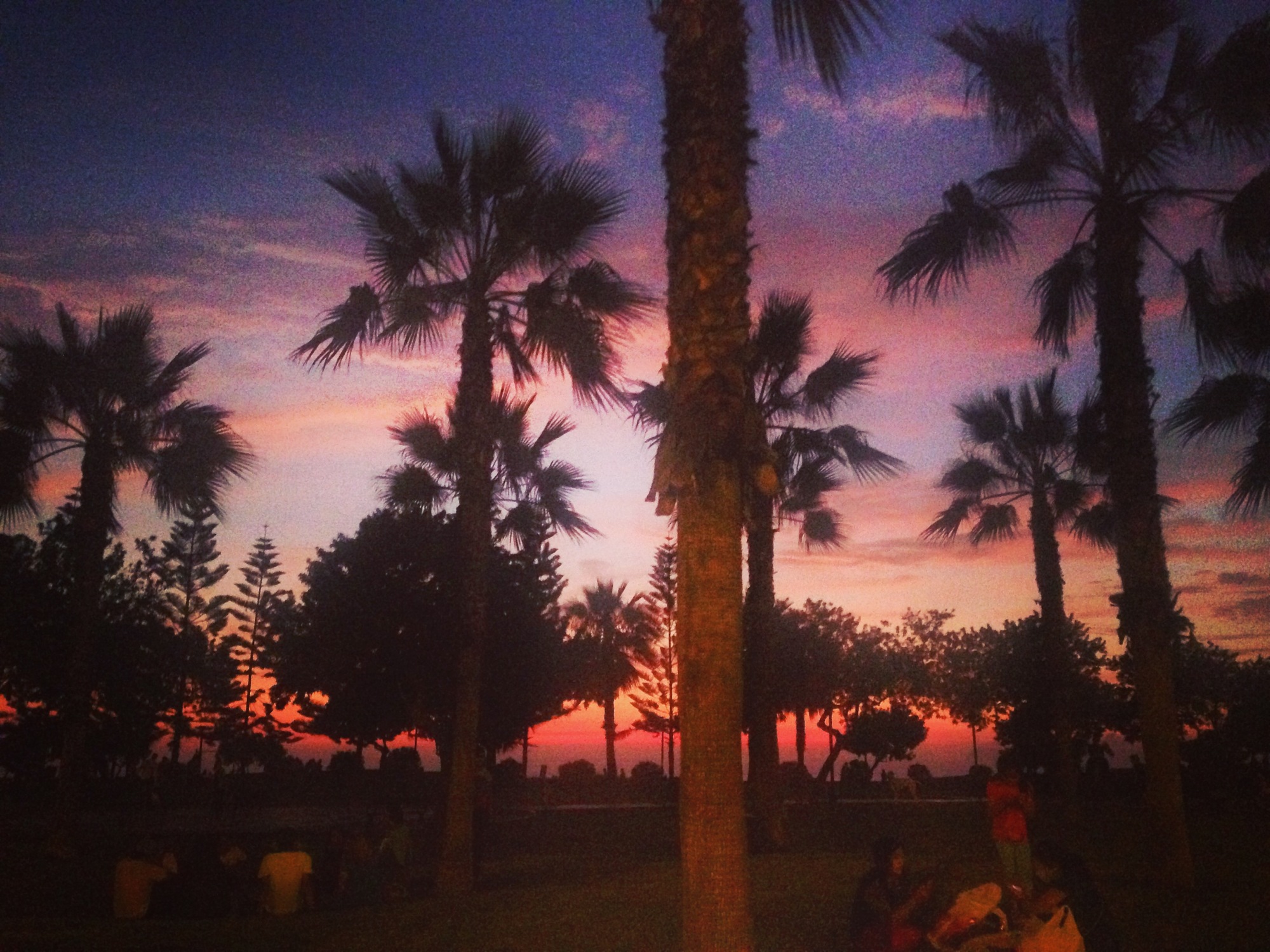 Our flight from Cusco landed in Lima in the early evening. Before we left, Dick had warned me (which makes it all the more annoying) that taxi drivers in Lima will take you for a ride (no pun intended) and not to pay much more than 40 soles to get to Pariwana hostel. So when we were offered 25, we jumped in and took the half hour or so drive to the district of Miraflores. Once we arrived our taxi driver announced it was 25 dollars – even though they barely ever deal with this currency – or 85 soles. Lucky for us there happened to be a police woman nearby who listened to the argument and told him he should have clarified it beforehand. We picked up our bags and walked away mid-argument, leaving him with the 50 sole note we intended to pay with. So if you go to Lima, be warned and make sure you’re on the ball!

Waiting for us at the hostel was Nick, who we’d spent time with at Lake Titicaca. As it was Andrea’s 24th birthday we got dolled up and went to a local cafe recommended to us by a lady at the hostel. We wandered down the infamous ‘Pizza Street’ lined with bars and restaurants where we got absolutely hounded. It’s fair to say we didn’t stick around for long. Feeling incredibly under the weather and having completely lost my voice, I headed to bed whilst the others went out for a couple of drinks. 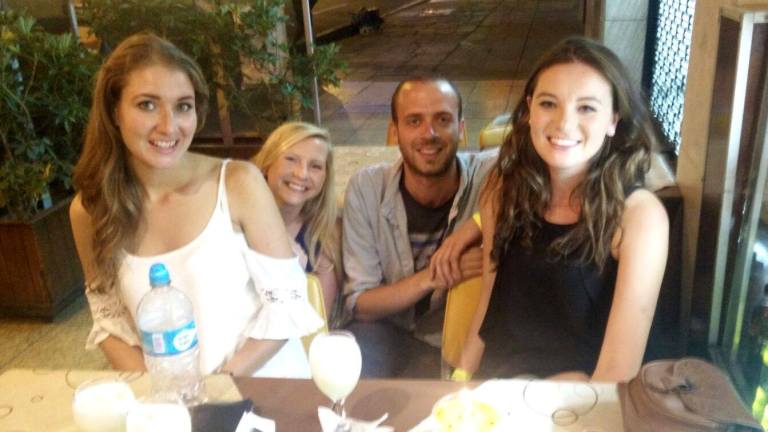 In the last few days at Loki I was becoming increasingly ill (surprise, surprise, don’t feel sorry for me). My throat was getting progressively more raw and by the evening of the 5th I was completely dumb and felt like I was swallowing razor blades. In that moment, I definitely missed being brought hot lemon, ginger and honey tea in bed at Loki!

The next morning was spent doing admin bits, booking future flights and taking full advantage of the decent wifi to Dropbox all of my photos. We went for lunch at Punto Azul with a Canadian girl and a German girl that we met in the hostel. The restaurant is so popular that we had to wait an hour for a table, but it was certainly worth it and I would recommend it for sure. Amy and I shared fish in a creamy asparagus sauce with crushed potatoes, and ceviche which was divine. Ceviche is a Latin American dish made of raw fish cured in citrus juices and chilli, with raw red onion, corn and sweet potato. It is delicious, especially if you eat it in a coastal location. Afterwards, we headed down to the waterside and watched the sun set. These crap quality photos were taken on my phone so totally instagrammed; no shame.

Another good nights sleep allowed me to start to regain my voice, although still feeling out of sorts. We were picked up around 1pm by two local girls that Andrea, Amy and Nick had met on the first night. They took us downtown to Barranco where we had a buffet lunch of traditional Peruvian food such as aji de gallina and more ceviche! This time it included octopus and squid, and was even more mouth-wateringly good. We asked the girls to show us Lima through their eyes which turned out to be a big mall… we opted to go to the cinema – saw the award winning ‘Spotlight’ if you’re interested – which was actually a nice way to chill out and do something a bit more familiar. 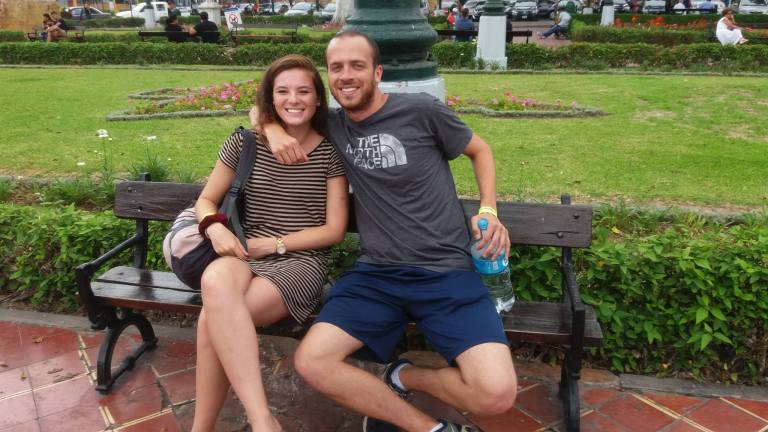 You’ll notice there are far, far fewer photos in this blog post than usual. This is because nothing really captured my eye and I barely felt the need to snap anything. Unless you guys are interested in seeing a photo of Starbucks or McDonalds, then there isn’t much more to show. Just a whole lot of restaurants and commercial chain, after chain, after chain.

Our original plan to visit the unique oasis in Huacachina for sand boarding and buggying got scrapped, so we headed to get a bus to Máncora in North Western Peru instead. I’m still super gutted we didn’t go, but I suppose it’s just another excuse to return to Peru! The luxury Cruz Del Sur bus helped ease my disappointment though.

Gold star if you can guess where we stayed in Máncora…Loki del Mar. If we thought we were going to be any more productive here than in Cusco then we were totally deluded. Loki del Mar felt more like a hotel resort in Ibiza, or elsewhere in Spain, than a hostel, and had a really chilled beach-side vibe. The hostel has a pool so our first stop was the salon for a wax. I’ve already told you about my South American waxing experiences, and to be honest I’m not ready to relive this one. For some bizarre reason it took over an hour and she pulled out scissors at one point…it was officially one of the most terrifying experiences of my life.

On the bus we met three handsome and hilarious Aussie boys who were also staying at Loki; it’s fair to say that our new friendship added to the idleness… We had an absolute nuts couple of days and I’m not sure I could tell you stories if I wanted to. I think this will be a case of ‘what happens in Máncora, stays in Máncora’… along with a lot of my belongings, which I’ve seemingly said ‘Adios’ to over the past few weeks. 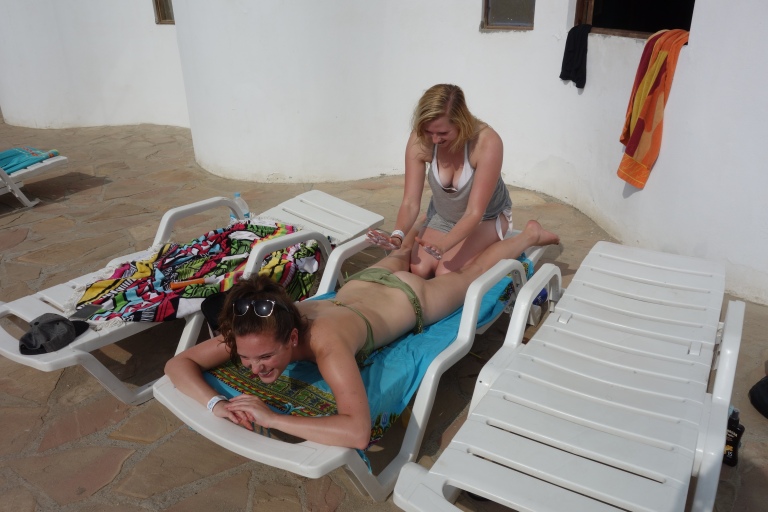 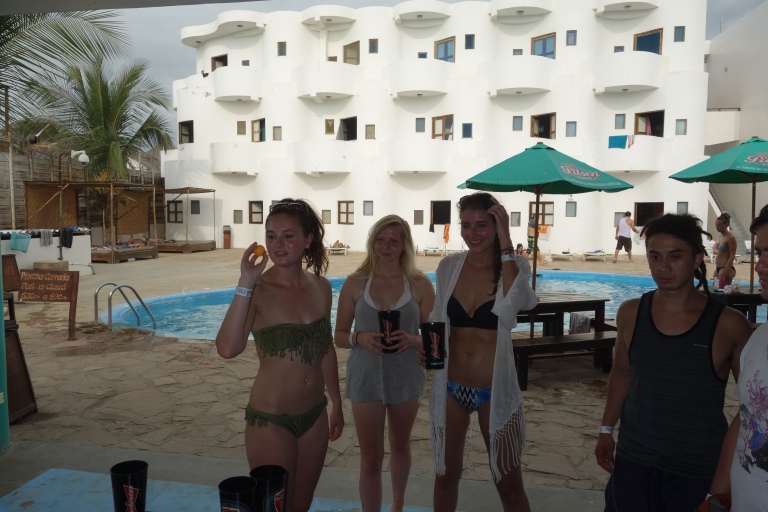 Those belongings included my all-important prescription glasses which I am a cripple without. Luke and I were without fail in the pool by 8am both mornings, chowing down on multiple breakfasts and desperately shaking our hangovers. However after a snooze on the sun loungers, we decided to mix it up and head to the beach for a swim. Completely misjudging the strength of the tide, we were taken out by a wave or two, one of which rudely swallowed my glasses. One thing travelling truly teaches you is to let go of things quickly; it’s not the end of the world and I have enough contacts to keep me going until I locate an opticians. The joys of being blind!

Máncora is a bizarre place, swarming with huge flying beetles and mosquitos. Once again I barely took any photos. I enjoyed our time no doubt, but I don’t feel either destination has much to offer. And certainly with Lima, most other travellers we met said the same. With my illness not much better and an abundance of my belongings now missing, it was definitely time to move on, and into Ecuador.